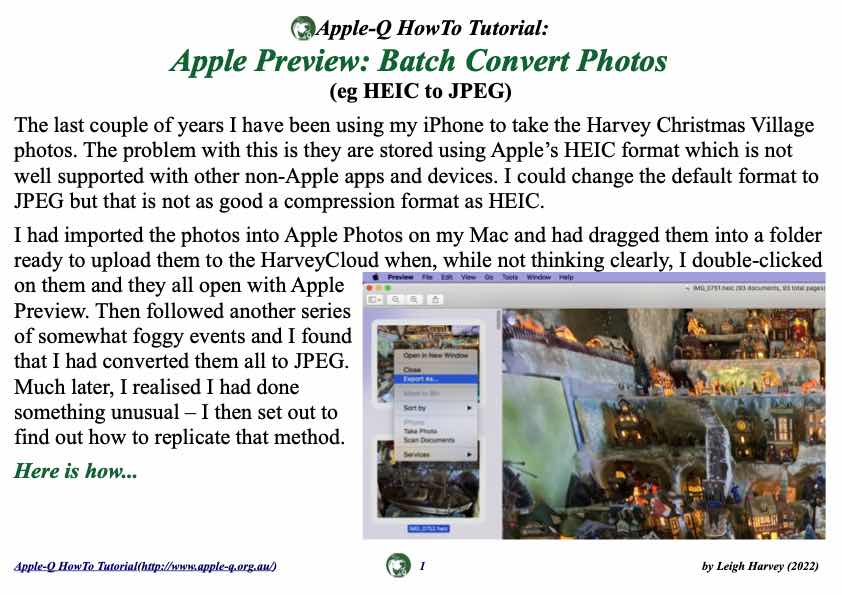 The last couple of years I have been using my iPhone to take the Harvey Christmas Village photos. The problem with this is they are stored using Apple’s HEIC format which is not well supported with other non-Apple apps and devices. I could change the default format to JPEG but that is not as good a compression format as HEIC. I had imported the photos into Apple Photos on my Mac and had dragged them into a folder
ready to upload them to the HarveyCloud when, while not thinking clearly, I double-clicked on them and they all open with Apple Preview. Then followed another series of somewhat foggy events and I found that I had converted them all to JPEG.
Much later, I realised I had done something unusual – I then set out to find out how to replicate that method.
Here is how...